We are living in strange circumstances. I do not write this with flippancy, rather, I write it based on my own reflection during this current moment in time, living on our planet called mother earth. Or perhaps I am just a character in the movie Contagion…a Hollywood fantasy that seems to become my own lived reality. At this moment, there is a virus that is creating havoc across the globe. Millions of people have lost their jobs and many people at this moment are living in fear, the fear of freedom because such freedom may cause their death. This fear can be felt or seen in how people are navigating their personal moments, away from social gatherings with a shift inward, manifesting itself in self-isolation. There are moments of suspicions also. The idea that the person in our proximity may be carrying an alien life force that can enter through the mouth, nose or eyes, causing death or harm. There is a feeling of distance: no touching whether a handshake, a hug, a kiss, or a holding of hands, a marginalization of the self.

However, it is the sudden oceanic shift in how we do life or how we do the lack of life that seems to take importance. The feelings of security that many have experienced or felt has suddenly disappeared. People who once felt no empathy toward other people’s misfortunes suddenly find themselves in similar circumstances. One moment a person is employed, making money, planning vacations or the buying of a home, a car or even a washing machine can be something that is now a distant dream. How can a virus cause such chaos?  This is a question that will be answered in time but at the moment, people are more centered in their own individual survival. And although many people have been furloughed and laid off due to the virus, there are still some of us, who experienced the cost saving layoffs from a time that seems long ago and yet, as in my circumstance, experienced it just before the virus came to Finnish shores. Fortunately, I was not one of the forty who were either laid off and offered a retirement plan. So, I survived the layoff and the chaos that this would have caused my personal life during the time of virus contagion.

The University of Lapland (my employer) found itself in debt and its management wished to save 2.5 million euro and forty ‘heads’ cut from the staff was the answer. During the interval when I was waiting to see if my own head was at the guillotine I had the chance to reflect on the human condition. My reflections went to humanity and what it means to be human. Should a university continue with its savings layoffs even during a pandemic? Or should the university management have empathy for its employees and wait for the pandemic to end and then continue with the cost savings? Would four or six months make a difference? How I answered such questions would depend on how I viewed the human species, as a species being or as something disposable. Needless to write, the university continued with its cost savings.

I seem to be existing within a harsh environment of new conditions and to make sense of it all would be daunting. I embrace what Roy (2004) stated years ago that many individuals seem to be living in a reality without meaning, a Kafka like reality, waiting for their sanity to come back. And yet, even before the furloughs and the layoffs was life sane, coexisting in a neoliberal profit before people ideology? Was not our capitalism more or less without human decency as it ravaged our lifeworld from any sense of collective identity? And finally, what kind of society will be established when this virus is controlled by vaccine or by a new social conditioning?

Much will depend on what we decide to create and whether we will allow the economic and political elite to create our lifeworld or will we, the people, be able to remake the capitalist world order into a more social creation. We need to remember that it was Milton Friedman who stated that it is only through crisis that real change can occur. What is important is whose ideas are on the table to use. With this in mind, it becomes paramount that neoliberal ideas are not the only ideas on the table when the virus crisis ends.

Thus, we need to start reflective learning with a consciousness that is not stagnant in neoliberal ideology but rather we need to embrace a post virus future that is full of political and economic liberation, by embracing a more revolutionary consciousness (see FitzSimmons & Suoranta 2020) that has as its foundation an active and engaged population where people can create a “truly revolutionary project…to which the utopian dimension is natural, is a process in which people assume the role of subject in the precarious adventure of  transforming and recreating the world” (Freire 1985,82). Hence, it should be our hope that our humanity will emerge more intact and more embracing of political liberation where we can manage our own collective economic affairs as a collective population where we put people and planet before profit. Hopefully, from this current crisis, we can prevail in creating a different world view, where a participatory democracy of human beings can take power from a neoliberal elite and put it back into the hands of a populace that is skilled in critical analysis and in “shaping their own life politics according to their own needs, unfettered by the motives and machinations of the capitalist elite”. (Suoranta; FitzSimmons et al. 2004, 256)

To accomplish re-creation, we need to make sure that education becomes a democratic project, not a democratic project of conformity but rather of non-conformity, where students can confront a rather small neoliberal elite with their own revolutionary endeavours by understanding that the “essence of democracy is protest and action on behalf of, and by, the uncommon common people. It is centered in the schools, workplaces, and in community practice”. (Suoranta, FitzSimmons et al. (2004), 256.

Finally, students and teachers should never accept teaching that is focused only on test taking, writing exams and essays without an opportunity for a critical dialogue of ideas, and certainly as more learning may be brought online as cost savings measures there is a temptation to only assign such routine work for students to labour through like worker ants. Education is never neutral and always political and certainly, learners (we are all learners) need to be engaged in critical inquiry of everyday life as we continue to navigate our lives through various aspects of the swamp. 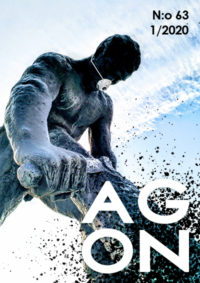